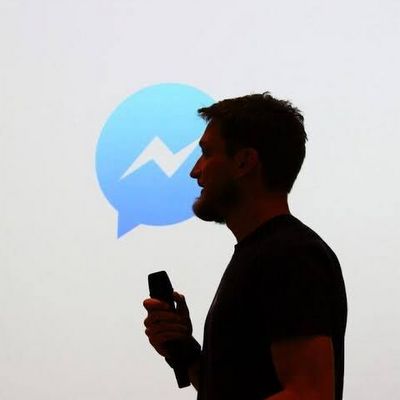 Horia is currently a UI Engineer at Facebook, and in the past has worked on everything from design to project management, in all sorts of companies - from social gaming to investment banking.

His talk is titled I don’t want to be on Facebook the whole day! and tells the story of building messenger.com. Horia will give us a glimpse into how CSS is used at Facebook, and how it worked both for and against the developers tasked with working on the first secondary domain: messenger.com.

Warning: will contain cool CSS and a bit of React!

We approached Horia to talk to him about his work, CSS and more:

Hi Horia! Thanks for taking the time to answer a few questions for us. Besides being busy speaking at conferences, what are you up to at the moment? I spend a lot of time these days working on providing new ways for people to express themselves on the web. I’m also part of an effort to make facebook.com as fast as it can be, but I really just try to spend as much time on my bike as I can.

What’s the thing you like the most about your job? My current job, at Facebook, comes with the benefit of impacting a lot of people every day. What I like about being a developer in general is that we get to make a huge difference to some people by leveraging computers to do the heavy work for us.

What’s your favourite CSS property? It would have to be background-size. I can’t count the number of times it’s saved me from odd layout and grid issues. I think it’s something people generally see as a gimmick, but if you use it the right way, it can empower you to build cool bits.

Can you think of a demo that recently blew your mind? Oh, I really enjoyed Chill the Lion. I also try to check out Ana Tudor’s Codepen as often as I can as she makes increddible things.

If you could teach someone new to CSS one thing, what would it be? Keep your selectors short and your property lists shorter!

What do you like most about giving talks at conferences? I really enjoy the conversations that just happen around the conference, really. You get to meet so many people who’ve also been dying to get there that you can’t help but feel inspired to make something grand when you get back home.

If you didn’t work on the web, what would your profession be? I almost, almost, decided to go for a history major instead of a CS one, but I don’t think my college really influenced me being a developer since I’d been making UIs in high school. I may have become a successful actor. Theater, no silver screen - the real deal.

It’s only a couple of days until we welcome Horia on stage at CSSconf EU! Until then, be sure to follow him on Twitter and check out his work on GitHub.

Part of the international CSSconf family